Sometimes we have to take a moment and acknowledge those who came before us. One such man is David E. Davis Jr. He was a Godfather of automotive journalism.  Davis died Sunday due to complications from surgery due to bladder cancer.

Courtesy of Road and Travel

As an Editor at Car and Driver he changed the tone of the writing. He pushed aside the cold analytical feel of statistics and encouraged writers to embrace an irreverent spirit and tap into the feeling of the driving experience. 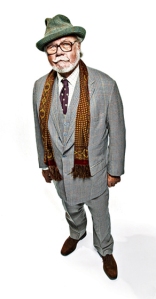 Courtesy of Car and Driver

Davis was the founder of Automobile magazine, which recently celebrated its 25th anniversary.

Back in 1955, at the age of 24, while driving in an amateur car race, he flipped his MG. The accident nearly cost him his life and left Davis requiring several facial surgeries.  According to the New York Times David E. turned this accident into a positive.  “I suddenly understood with great clarity that nothing in life — except death itself — was ever going to kill me,” he said in a commencement address at the University of Michigan in 2004. “No meeting could ever go that badly. No client would ever be that angry. No business error would ever bring me as close to the brink as I had already been.”

Please check out this great article on his life from some of those who worked with him. An article from Automobile Magazine

Also Sam Fiorani reached out to me on Twitter and shared a great article he wrote about the late Mr. Davis.