Part One: Learning about the “Man” who is trying to bring back the brand. 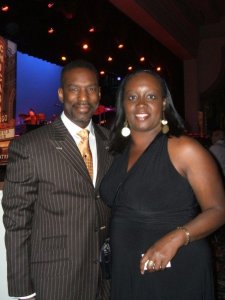 I had the good fortune of chatting with Michael Burton, a Director at General Motors and the man in charge of designing the interior of the Buick Enclave. He is the first black to design for each of the American big three (Ford, Chrysler and General Motors).

Burton grew up just down highway 401 in Lansing, Michigan. The Designer-turned-Director says he lived so close to the GM plant that as a kid, he used to go watch the new vehicles being moved to a nearby parking lot. “Since I was a young child” says Burton, “I had the ambition, the drive and the passion to become an automotive designer.” 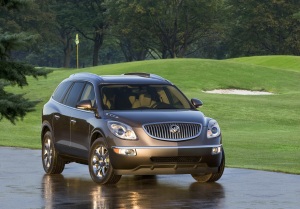 At the age of twelve or thirteen, Burton penned a letter including some of his sketches to a human resources representative at General Motors. They got back to him with advice on how to become a designer, which he claims he followed closely. Son of a single mother, who did not know much about becoming a car designer but she made sure he had a mentor who did. He has had several mentors through the years, dating back to his early teens. 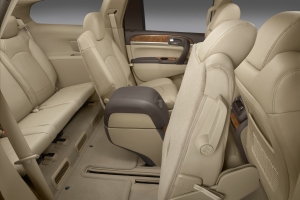 Burton has the following advice for anyone thinking about entering the demanding field of automotive design, “There will always be challenges. Now life can either be a stumbling block or a stepping-stone, it depends on your perspective. Appropriate a tenacious spirit and never let anyone stop you.”

His inspiration for the Enclave came from looking back to Buick’s heydays of the 20’s, 30’s and 40’s. He remembers as a child, his uncles driving in from Chicago in the old Deuce and a Quarters (Electra 225) and Wildcats of the 60’s. “They had a certain, swagger and elegance that stuck in a deep crevice of my mind” Burton recalls. He admits that as of late the Buick brand had become somewhat lethargic and geriatric. 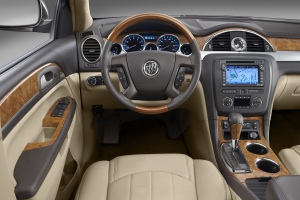 The designer says he worked with a young team, so before they even picked up a pen, they took a look back at vintage Buicks and then moved forward. A concept he calls “heritage forward.” The team also studied the interiors of Rolls Royce, Bentley and private jets. “I was very disenchanted that Europeans and Asians were beating us at our own game” says Burton. “A lot of the Asian designers came to America, be it at General Motors or Ford and learnt. Then went back and beat us at our own game.” He claims that he wants anyone driving the Enclave to have the fit and the feel as if they were driving an European car but with a historical American flair.

← Retractable Studded Tires
The lighter side of gas. →